Master yourself on Food chains: types, Definition, and facts

In other words, you can say that food is a cluster of many food chains.

So, now by reading the above para you might have an idea of what is a food chain.

In other words, the food chain definition can be the transfer of energy and matter from one organism to another in the form of food.

Say, a plant manufactures its food by using sunlight, a deer comes and eats the grass.

Further, a lion eats the deer and some beetle eats the feces of the lion. This is one of the food chain examples.

Suppose the lion eats the beetle, then the food chain will be different. This is represented in the picture above.

Trophic levels in the food chains

There are mainly three levels in the food chain pyramid, the first level is producer, then comes the consumer and the last one is the decomposer.

If you consider the above example of the food chain, the grass is producer, the deer and lion are consumers and the beetle is decomposers.

Producers are the only one in the food chain who makes their food. This is why producers only include different plants and one-celled organisms. Producers are also known as autotrophs for the same reason.

The process that most of the autotrophs (mainly plants) use to make food is photosynthesis.

Other microorganisms like Algae, phytoplankton, and bacteria make their food by using the process of chemosynthesis.

After this, comes the consumers, they don’t make their food rather they consume the food which others produce. There are three categories of consumers.

The first one is primary consumers or Herbivores. They consume the food directly from the producers.

This category includes animals like deer, rabbits, giraffe, snails, and many others.

Then comes the secondary consumers who eat the primary consumers. Examples include cats, dogs, frogs, and other small carnivores.

After this, at the top are the tertiary consumers who eat the secondary as well as primary consumers.

The other name for tertiary consumers is top predators. Examples can be lions, foxes, anaconda, and bigger carnivores.

If we take a look closely, these consumers can be herbivores or omnivores as well. Consider a case, a man drinks milk produced by a mammal such as a cow. In this case, the man can be carnivore, herbivore, or omnivores.

The last stage of the food chain is decomposers or detritivores. They eat the dead parts or waste materials of the different living beings.

They are helpful to nature, as they help in the decomposition of remains and complete the life cycle.

The length of a food chain cannot be fixed, it is dependent on the ecosystem of the region.

This means, 3 to 4 members can also form a food chain and it can also be as long as every other species present on earth.

Food chains are often used in ecological modelling as they are a single strain in every food web.

Ecologists have tested hypotheses on the nature of ecological patterns and food chains and concluded that the length of food chains have unstable nature.

The length of the food chain is important as the amount of energy transferred varies and it affects the outer environment adversely.

Characteristics of the food chains

Types of the food chains

Food chains are of two types, viz, Gazing food chain and detritus food chain. Let us start by knowing each of them in detail.

Photosynthesis is the process which helps in obtaining energy at the lowest level.

This form of the food chain is the main source of energy in the aquatic or ocean food chain.

In the terrestrial food chain, this form is secondary in importance.

This is beneficial because it always adds energy to the ecosystem. These food chains also fix inorganic nutrients in nature. It has two subcategories, viz, predator, and parasitic chain.

In the predator food chain, one animal consumes another. The animal which eats is the predator and the one which is being eaten is prey.

In parasitic chains, one animal parasites the other. This means that one animal shares or steals the food generated by other animals.

This kind of food chain starts from dead organisms or it’s organic materials.

The dead organic materials are decomposed by decomposers or detritus. This is very important in balancing ecology.

The above picture is an example of the Detritus food chain. In this, the dead leaves(producer) are being eaten by woodlouse and at last, the Blackbird eats the woodlouse.

The Detritus food chain has a continuous flow of energy. The Source of energy in this food chain starts from dead organisms.

Detritus food chain is formed in almost energy different types of habitat. This does not depends on solar power for energy.

Food chains are a part of food webs, or we can say that food chain and food web are related to each other. This means food webs are a complex mixture of many food chains. Let us know about the difference between these two.

After this, you know how energy flows from one organism to another in a food chain. We can say that the food chain is like a pillar in the ecosystem.

A single instability in it can cause huge destruction to our mother nature.

The food chain also helps us to know the importance of the existence of every living being on the earth.

How are food chains related to food webs?

The relation between food chain and food web is quite simple. Food web is a collection of numerous food chains.
In other words, food chains are a single unit for the construction of food webs.

Why do almost all food chains start with plants?

This happens as plants are the only being on this planet which produces its food using different forms of energy.

Give an example of food chain.

An example of the food chain can be, a rabbit eats carrots or other plants. Hyena eats the rabbit and a lion eats the Hyena. Then somehow the lion died and the body is decomposed by vultures and decomposing bacteria.

What are the types of food chains?

There are mainly two types of food chains that depend on the environment are the source of energy.
The types are the Gazing food chain and the detritus food chain.

What is the first organism to start a food chain?

The organisms which start a food chain are called, producers. They obtain their food by manufacturing using various sources of energy.

What are animals called in food chain?

The animals in the food chain are mainly at the secondary level and are known as consumers.

Which was the first fast food chain?

The first fast food chain was White Castle established in Chicago during 1921.

What is the largest fast food chain in China?

The largest fast food chain in China is KFC.

Which fast food chain used the advertising slogan ‘you deserve a break today’?

This slogan is used by the one of the largest fast food chain in China, viz, McDonald’s.

Which fast food chain has the most stores worldwide with a total of 41053?

Subway has the most stores worldwide with a total of 41053.

Which fast food chain has most stores in the world?

Subway start fast food chain which has the most number of stores in the world. 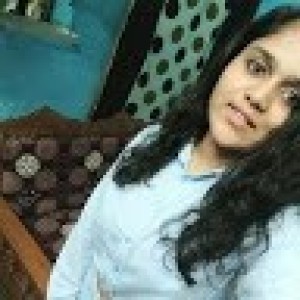 Kashish Rani is a passionate writer and a quick learner. She has a great ability to explain her knowledge to the world in a great and easy way. Her first step towards content writing starts with ScienceClear and we do encourage her to go to much greater heights for the same field in future. Keep Going Kashish, Good Luck.
5 1 vote
Article Rating
Subscribe
Login
2 Comments
Oldest
Newest Most Voted
Inline Feedbacks
View all comments

At Science Clear, we mainly aim to provide the clear solution to all the real world life problems. We do believe in spreading the world with full of knowledge and here at ScienceClear, you can learn anything to everything without spending a penny.

Join our Newsletter to get instant update for our latest posts and information.